I LOVE #SOUTHERNFOOD (AKA soul food to many).
And I crave fried chicken and waffles often. Okay…so I crave fried chicken 300 days of the year. Anyways,  you’d think I would’ve got myself a waffle iron by now! But NOOOOooooo….. Not letting that stop me. Thank you very much Eggo!
~ For a GREAT homemade waffle recipe…check out the following blog/link →
. http://www.thekitchn.com/recipe-overnight-yeasted-waffles-recipes-from-the-kitchn-199052 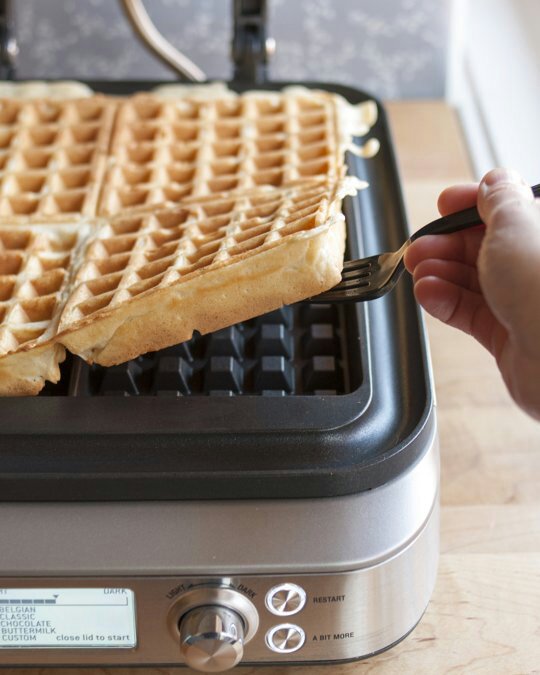 Maple syrup is awesome too! I love this mix. Brought some home after my recent visit to Cracker Barrel. 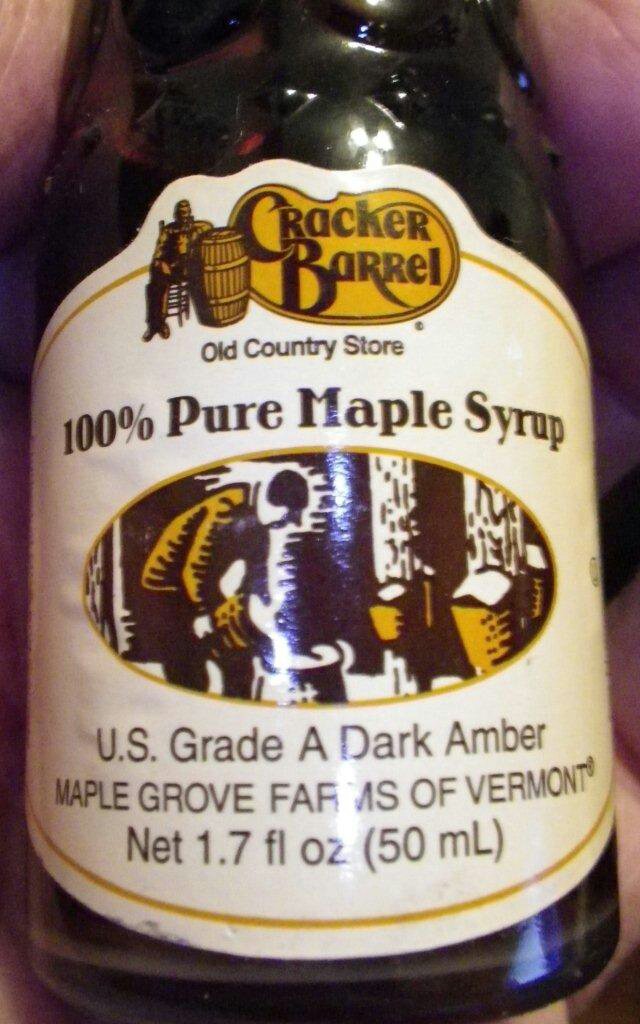 ~
According to Chef Bobby Flay…
“It was invented by the singers and musicians who performed during the neighborhood’s famous Jazz Age,” He tells Yahoo! Shine. “Their gigs would last until the early hours of the morning. Hungry after a long night, they found fried chicken fit the bill, but at the same time, the sun would be rising and a breakfast of waffles sounded pretty good, too.”

Here’s my favorite recipe!
[for good old fashioned style, without other’s twists thrown in #justsayin]
I fried my chicken in shallow fry, cast iron skillet though, instead of the deep fryer. My mother made the best fried chicken I’ve ever had with a deep fryer but I’ve been doing the shallow method so long it’s like riding a bike. And mine is really good too 😀
http://thehistorykitchen.com/2013/01/17/chicken-and-waffles/ 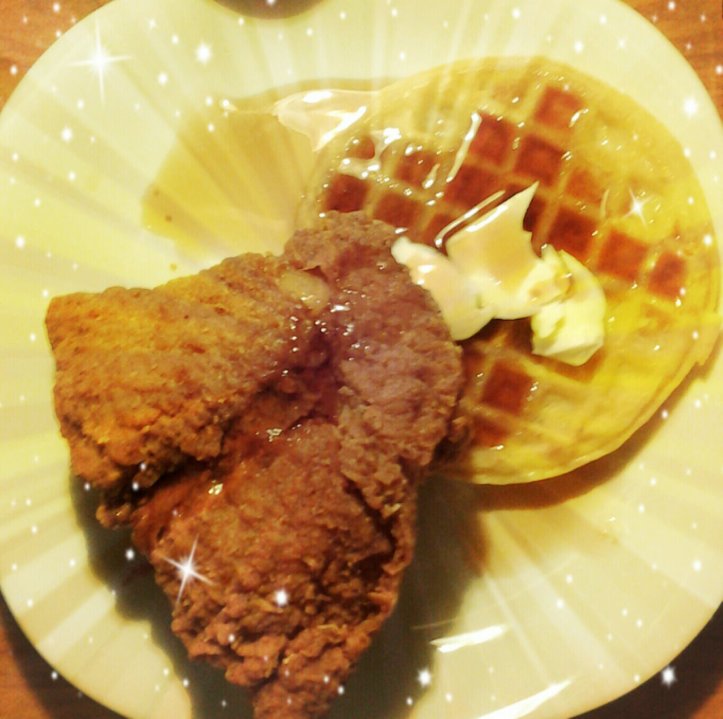