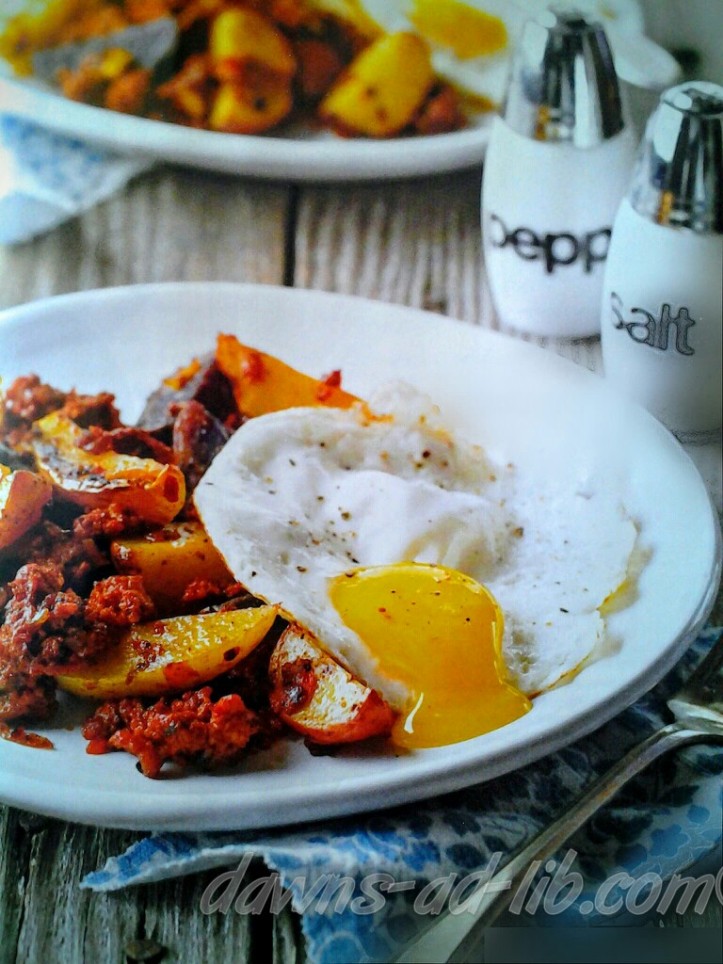 My family loves chorizo!
And we’ve been making it regularly since first trying it…almost 20 years.
It’s Mexican (& Spanish has their version that’s delicious too. whOOp… and Filipino! ) sausage.  You treat it | cook it like any other sausage.  BUT it has a very distinctive taste.
I’m sure you’ll love it too.
It’s easy to whip up dishes with it, like breakfast burritos or like here…with potatoes along side eggs. Chorizo adds so much flavor! 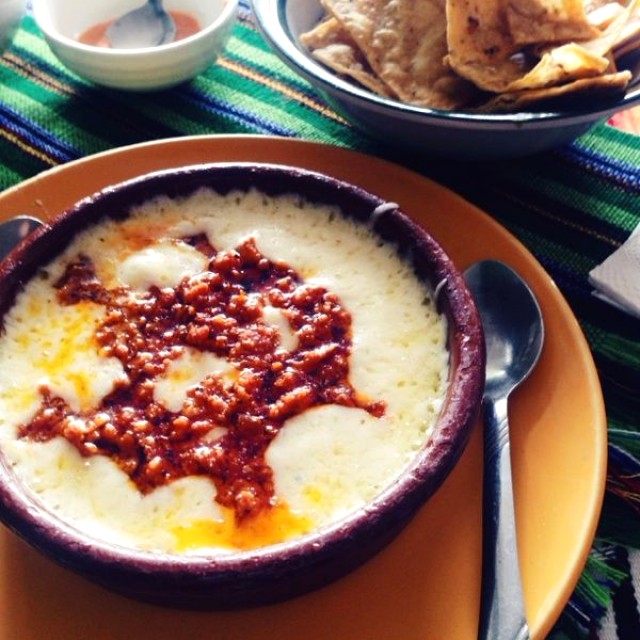 We’ve been making it too long to have recipes. It’s like making bacon and eggs…you don’t need a recipe for that. Although,  it could be helpful for anyone just starting to cook.  So I’ll share one from Better Homes and Garden’s 😀 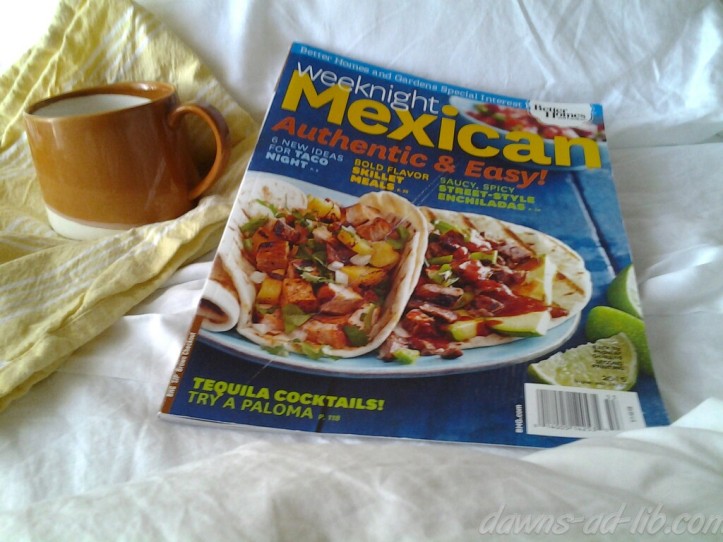 I read that too 😉 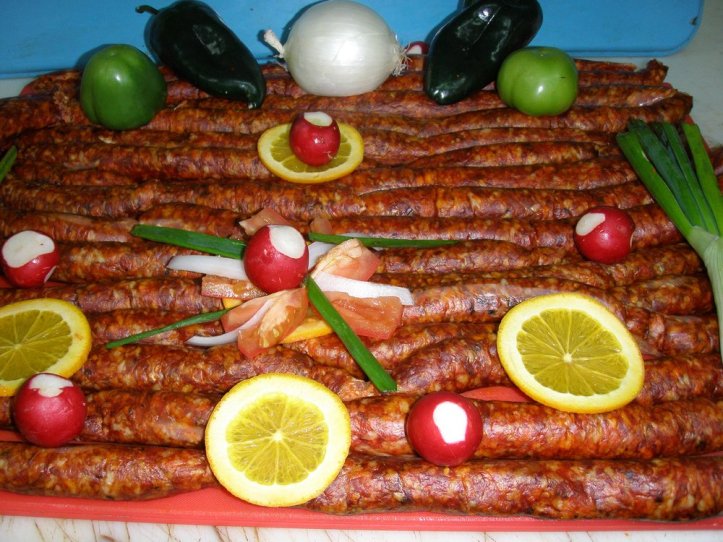 ~
with an egg of course.

Cut each new potato in half.
Cut each half into thirds to form uniform bite-size pieces.
Place new potatoes in a single layer in a microwave-safe casserole; add the water.
Microwave potatoes, loosely covered, on 100 percent power (high) about 8 minutes or until tender, stirring once. (Or in a covered large saucepan cook potatoes in enough boiling salted water to cover about 10 minutes or until tender.)
Drain potatoes; set aside.
In a large skillet cook chorizo over medium-high heat until brown, using a wooden spoon to break up meat as it cooks.
Using a slotted spoon, transfer chorizo to a plate lined with paper towels; set aside.
Reserve 1 tablespoon of the drippings in the skillet.
Add onion to the drippings in skillet; cook for 1 minute.
Add cooked potatoes, the sweet pepper, and cumin; cook about 8 minutes or until potatoes are golden brown and vegetables are tender, stirring frequently.
Add cooked chorizo; heat through. If desired, season to taste with black pepper. 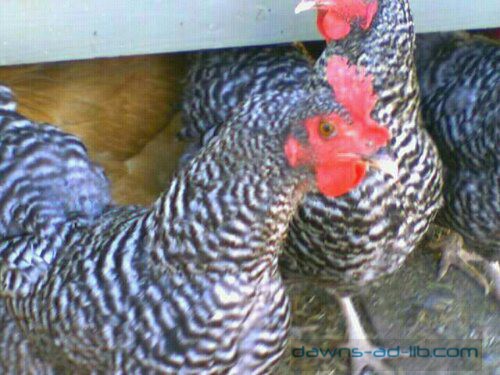 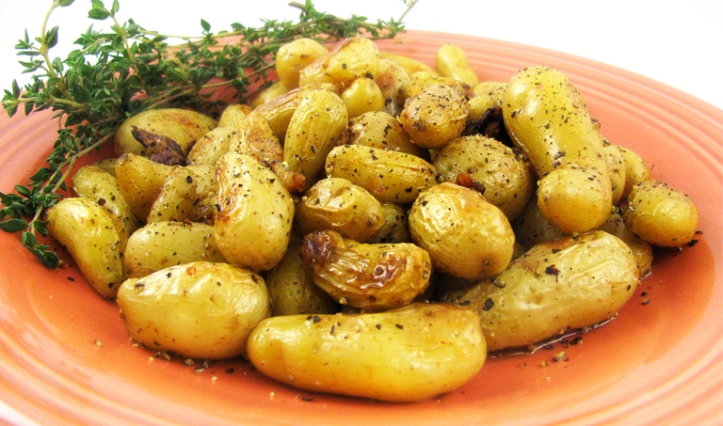