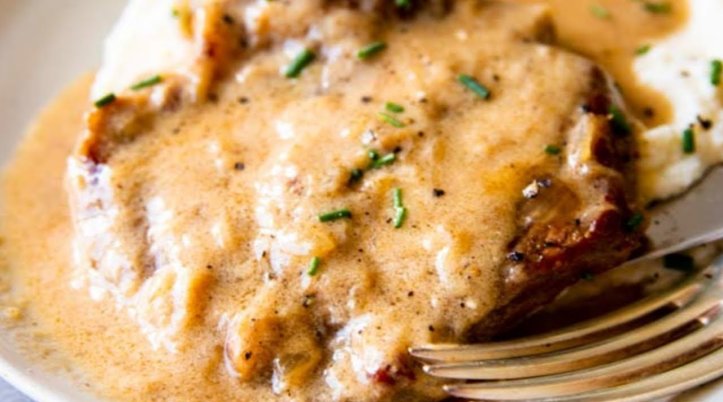 I ran out of Better than Bouillon❗😱 well, make it work

Pork chops were at a price I couldn’t refuse 😉 so smothered pork chops it is. Or pork chops over scalloped potatoes. BUT, I didn’t make my own gravy this time; a couple reasons. We’re under an excessive heat advisory…still. Okay, that translates to lazy 🤭 And I had these cans of cream soup in my pantry. Only reason for that was because when my daughter and I were shopping we spotted “Cream of Bacon” soup⁉️ We’ve never seen it before, of course we grabbed one, while standing there I figured I might as well grab a can of “Cream of Mushroom with Roasted Garlic” for the pantry too. So…I used them both. I only needed one, but I made a lot of potatoes and my family loves sauces, broths, gravies, etc. I doctored them up with seasonings, S&P, Worcestershire sauce, Knorr’s beef bouillon, Goya ham seasoning and some milk…to desired consistency. Along with making it in same skillet I seared chops in, there’s some flavor! Anyway, it felt like a cheater move, however…it was damn delicious! 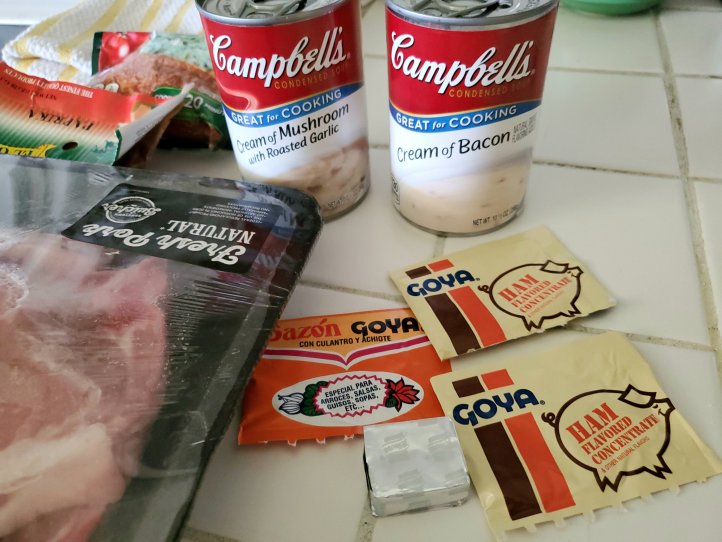 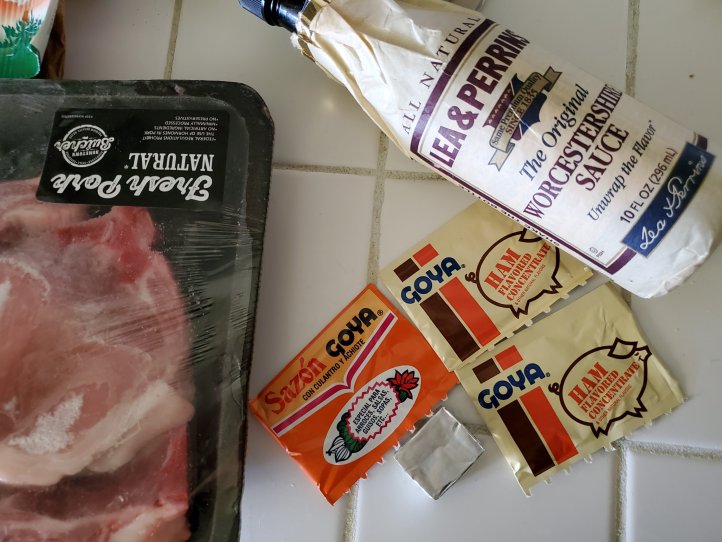 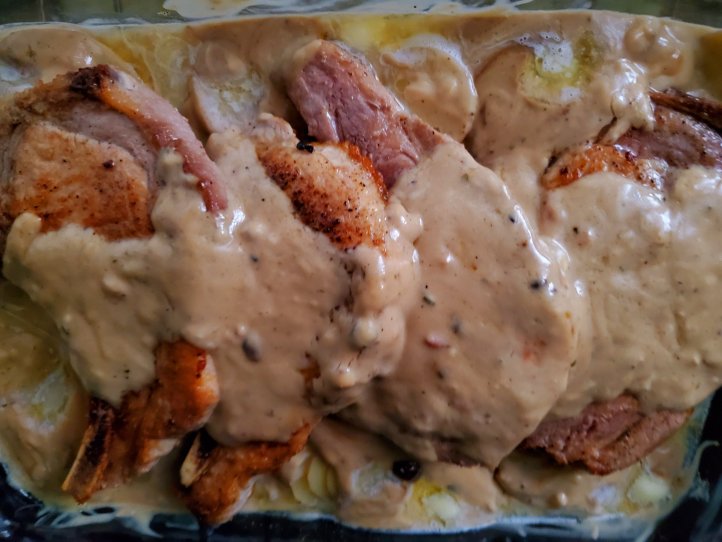