A lighter, creamy and tasty ham and potato corn chowder that is pure comfort in a bowl!

Option: Start by cooking 4 strips of bacon, crumbling and setting aside before using the bacon grease to cook the veggies instead of the oil and then use the crumbled bacon as garnish.
Option: Omit the carrots and celery.
Option: Replace the potato with cauliflower.
Option: Fry the ham until slightly crispy on the outside before adding it to the soup.
Option: Add 1-2 tablespoons white miso paste by taking some of the hot broth and mixing it into the miso in a bowl and then mixing it back into the chowder as you remove it from the heat. (The miso adds a nice umami flavour!) Note: miso is salty so you will not need to season with as much salt. 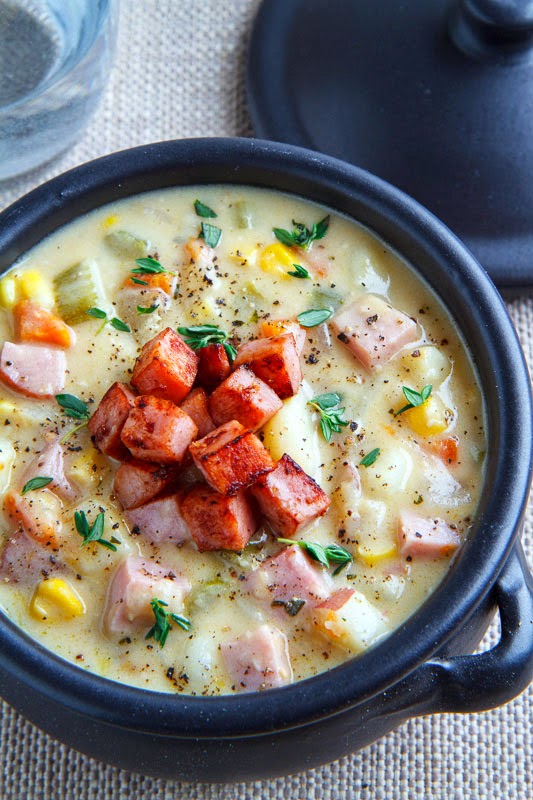 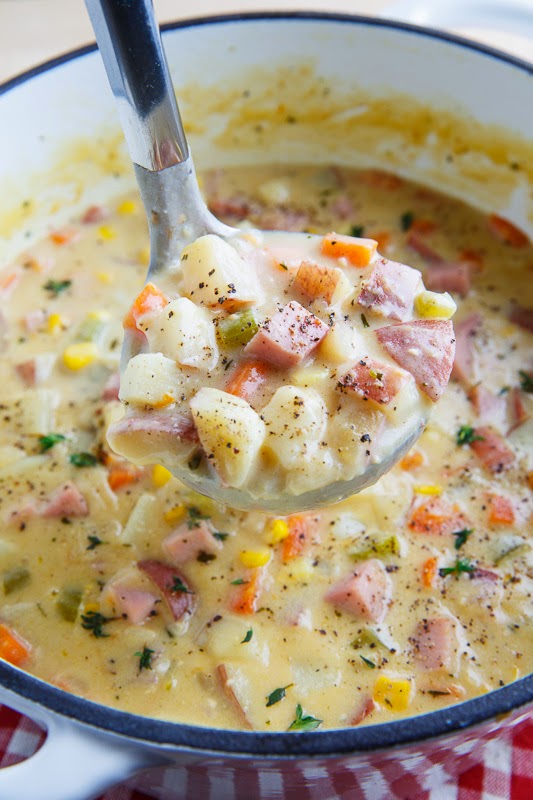