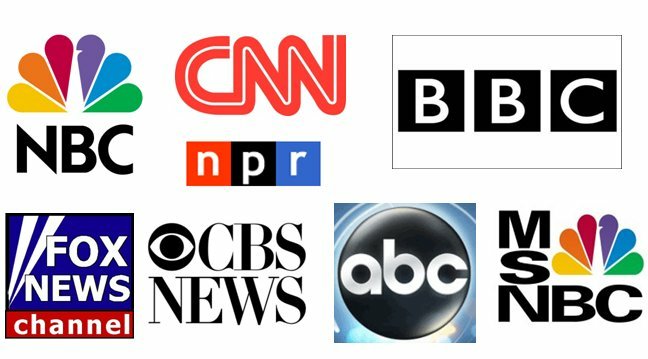 A declining trust in the institutional media is justly more severe than it was when the book “Why Americans Hate the Media and How It Matters” by Jonathan M. Ladd came out. And that is low.

Americans no longer trust the media… confidence in the press (various national institutions) are lost.

The percentage of Americans with confidence in the national news media … is about the same as lawyers.

Why Do Americans Hate the Media?

Media-bashing isn’t unique to this election cycle, but it appears to have reached a fever pitch.

How to avoid being brainwashed by the mainstream media: Actively choose your news from independent outlets

*Note – I am NOT in total agreement with authors. I see the typical blame game, finger pointing & rationalization…pointing the finger at the government. Remember …“When you point one finger, there are three fingers pointing back to you.” Jesus had a version of this wisdom when he said, “Don’t focus on the speck in your brother’s eye while ignoring the log in your own eye.” When cruel accusations fly, we all need to hear the voice of reason that says, “Look in the mirror, sister. You might just be talking about yourself.”
(here goes my ADD)

We all know what it’s like to get caught up in the heat of the moment. When we cannot bear to see something painful in ourselves, we want to get rid of it. We want to relocate the ugliness we feel about ourselves and put it into someone else. We say those bad feelings do not apply to us; they apply to someone else.

The fancy psychoanalytic term for this unconscious process is projective identification. We get rid of the unwanted feelings (projection) and identify them as belonging to someone else (identification). I call it the shame relocation plan.

A Headshrinker’s Guide to the Galaxy

What We See in Others is a Reflection of Ourselves