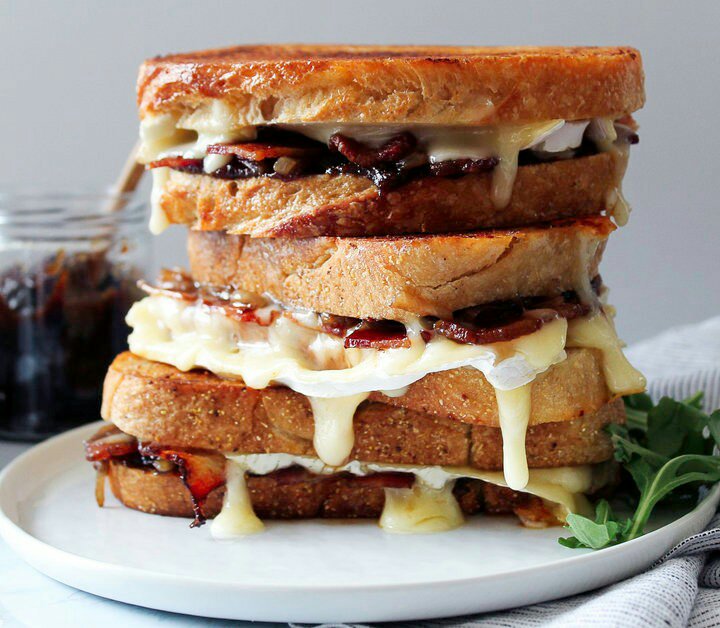 A Grownup Grilled Cheese – and for homemade fig jam.

Under EPIC SANDWICHES~ and that link is jammed (pun intended) with some good grilled cheese recipes!

The Grilled Cheese You Make Yourself When You’ve Outgrown The Classic. Give your grilled cheese a makeover with the help of creamy brie, crispy bacon and sweet, delicious fig jam.
– By Kelly Paige via HUFFPOST

The first step is to cook thick-cut bacon in a skillet until it’s crispy. We’re going all out here, and turkey bacon isn’t invited to the party. Don’t forget to save some of the bacon fat to caramelize thinly sliced onions. I add a splash of “good” balsamic vinegar to the the onions, helping to make them even sweeter while adding some acidity.

To assemble, I layer brie, bacon, fig jam and those beautiful brown onions in between two slices of buttered sourdough bread. There’s a big debate in the grilled cheese world if you should use butter or mayo to make those golden brown edges. I have found both methods work well and the success of your sandwich is more dependent on the temperature of your skillet. Low and slow is the way to go. If the pan is too hot, you’ll burn the butter before it gets a chance to toast the bread and melt the cheese.

Now go put on your grown-up pants and make this amazing rendition of grilled cheese.

1. Add bacon to large nonstick skillet and cook over medium heat until crispy, about 6-8 minutes, depending on the thickness. Remove bacon from pan and set aside to paper-towel-lined plate.

2. Add onions to skillet (with remaining bacon fat) and turn down to medium-low heat. Cook, stirring often, until the onions begin to turn brown, about 30-40 minutes. If they begin to stick to pan, add a tablespoon or two of water to release the browned bits. Add balsamic vinegar and cook for 1 more minute.

4. Add assembled sandwich to hot nonstick skillet, buttered side down. Cook over medium low heat until golden brown and toasted, about 3-4 minutes. Flip and cook another 4-5 minutes on other side.

The family did like it, yay ♡ Served with soup. 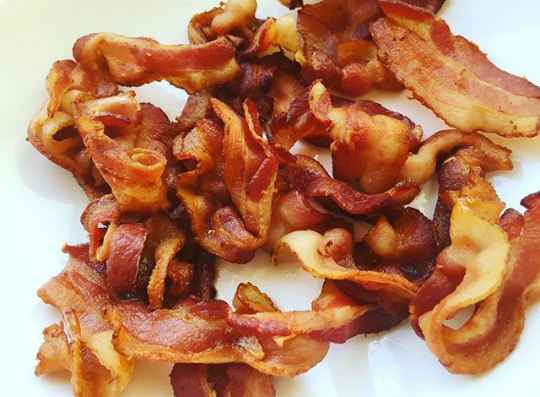 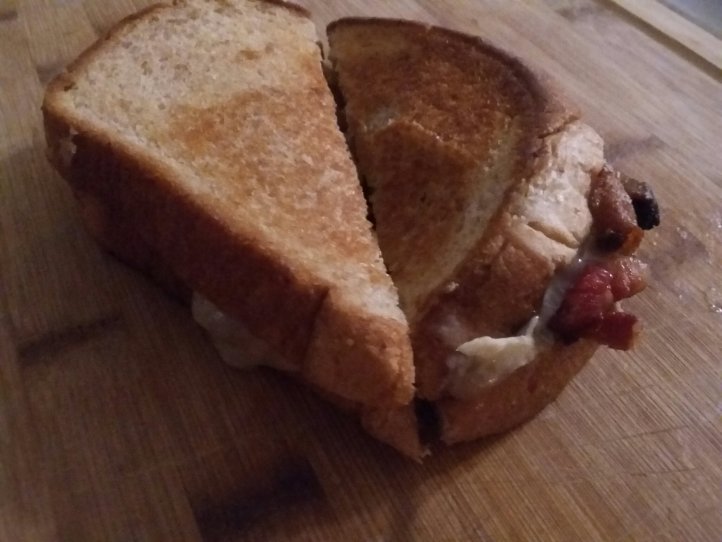 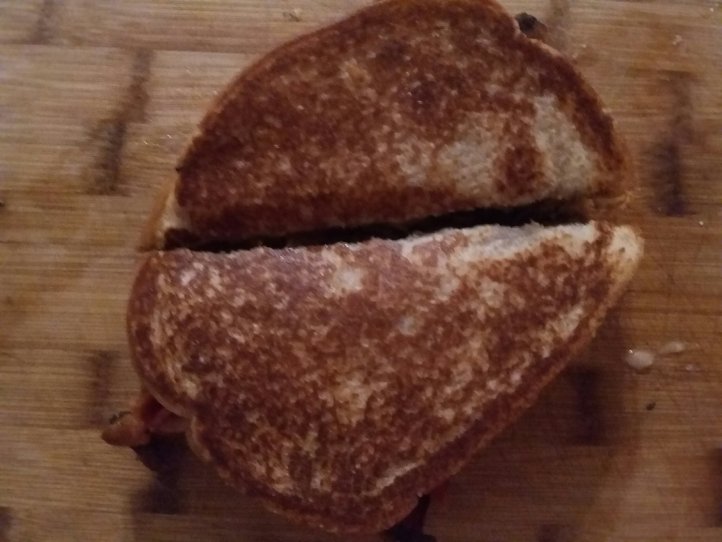 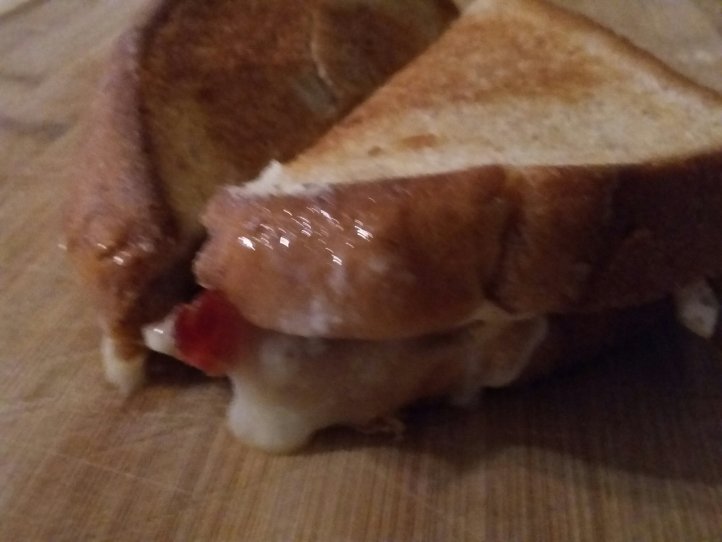